Sex and the Endocrine System

The hypothalamus in the brain triggers a chain reaction of hormonal stimulation. A hormone (which in Greek means to “stimulate or excite“) is another type of chemical messenger that travels from – ‘ gland to gland, priming its target gland like a pump and getting it ready for action.

The hypothalamus communicates with the pituitary, which in turn delivers hormonal messages to the sexual organs. And these organs produce hormones that direct the sexuality show.

When our hormones start to rage in adolescence, we are over- come by every whiff of sex that comes our way. As testosterone levels rise in boy), they can think about virtually nothing but the next erection-which for most arrives at the most unexpected moments, and frequently.

Girls may be moody and distracted, but they too feel the pull of their hormonal tides. A girl’s libido is complicated by society’s expectations that she keep those feelings under wraps, but there’s no dictating to estrogen and the androgens- she is clearly , ready and willing for experimentation at this time.

Sex and the Immune System

The immune system, a conglomerate of elements including specialized blood cells and the lymphatic system that runs through- out the body, protects us from disease.

When a foreign invader such as a virus or bacterium tries to penetrate the body’s defenses, an alarm goes off in the lymphatics that triggers the production of many different white blood cells. Macrophages, like little white knights, swamp the invader and knock him out; T-cells alert B-cells to produce antibodies to fight the infection that’s set in.

Is it possible that an enhanced sex life, which increases serotonin production but circulates the neurotransmitter freely throughout brain and body, could serve as a cure for insomnia?

Think about how well you sleep after feeling sexually satisfied.

Chemically, you are in an optimal balance of blood and lymph chemicals that tell portions of the brain to shut down for several hours.

You also have an appropriate level of melatonin (the hormone that regulates dark and light awareness) and of serotonin, a neurotransmitter that helps to promote well being.

IMMUNITY AND TOUCH. Just a touch of a hand can change immune function. Whether it’s a massage, laying-on-of-hands, petting an animal, or dancing cheek to cheek, we are deeply affected by skin on skin.

When you are taking care of another person, you cannot do so without touching them almost constantly. The same is true of partners who seem bound to one another-there is always some physical link between them, whether it’s just the casual touch of a hand on a shoulder or sitting with legs touching.

The power of touch can keep us sane. The very famous study on touch by Harry Harlow has been duplicated many times. In this experiment, Harlow took monkey babies away from their mothers and gave half the group a surrogate made of wire and cloth.

The monkeys with the surrogate mother they could touch and groom grew up strong and sound of mind and body. The monkeys who had no mother to hold onto, however, fought with each other over turf, refused to eat, and went mad with- out the initial life experience of touch.

Studies that came after Harlow went further in their investigation of this Erange mechanism of touch deprivation. Dr. james Prescott and Ethers have shown that if you deprive a laboratory animal of tactile, and movement stimulation, it will exhibit abnormal social and emotional behavior.

The more we touch and hold our own children, the healthier their emotional brain centers will be-and the better chance they’ll have in later life for learning to make strong affectionate bonds of their own.

Current research in China and Japan reveals that it’s not just the laying on of hands that makes the difference. In Chinese medicine, the life force we all possess is known as chi.

Our own internal chi energy can relieve us of tension if we learn to practice structured breathing exercises. But highly advanced practitioners can use their chi in a therapeutic way, much as biofeedback or acupuncture is used.

The “touch” of this field of energy has been shown to inhibit the production of tumors in experimental mice laboratory, to accelerate the healing process of soft-tissue sports injuries, and to improve the prognosis of individuals suffering migraine(, whiplash, and loss of cognitive function.

This type of therapeutic touch has not been widely investigated in the United States, but Chinese researchers explain the phenomenon in this way: External chi heaters modulate the electromagnetic field around another body with their own life force.

As the heater’s chi access( an injury or illness, it gets stronger in proportion to the need of the patient. Just as your own neurotransmitters jump across nerve synapses to offer information to your affected organs, so does chi energy transfer from one neurological system to another.

When you and your lover touch, you are exchanging more than the warmth of your hands and bodies. You are melding the life force that keeps you both going and enhancing it.

There appears to be a strong connection between immunity and sex. What we perceive of as a good sex life–and this is different for everyone-can make us more resistant to disease and stress.

The arousal, desire, excitement and physical release of sexual activity enhances the natural abilities of the immune system to ward off illness. With a strong system, you are able to fight foreign antigens that threaten the body, and you can recover from illness more quickly when it does attack.

Now let’s look at elements we get from our sexuality that have an impact on stress reduction and a protective immune system:

• lack of loneliness
• strong support system (good relationships can increase T-cell counts) • exercise, which triggers lots of beta-endorphin activity in the brain
• positive attitude, also triggers endorphin response
• lowering depression
• an ability to relax in the face of many obligations or upsets
• better “quality” sleep
• lots of touching
• being challenged
• having a commitment to something meaningful
• feeling in control

The two really coincide. Your sexuality can go a long way to enhance healing and create an environment where your immune system can function optimally.

Your Body’s sensory Organs and Genitals Your body is rich in “feelers” that allow you to see, hear, touch, taste, smell, arid experience life. But your sensory organs and your genitals derive their awareness from all the systems discussed earlier You could got smell, for example, if your nerves didn’t transmit a message to your brain.

Zygasm is an effective supplement that can help with symptoms of low female libido. It alleges to improve symptoms such … 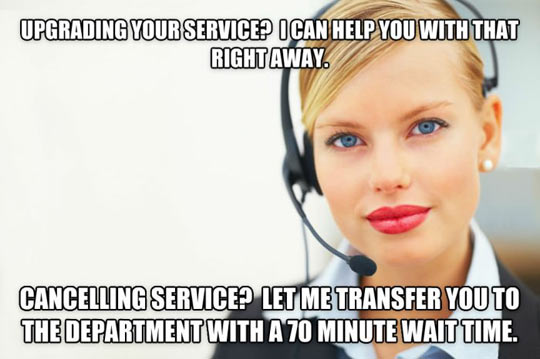